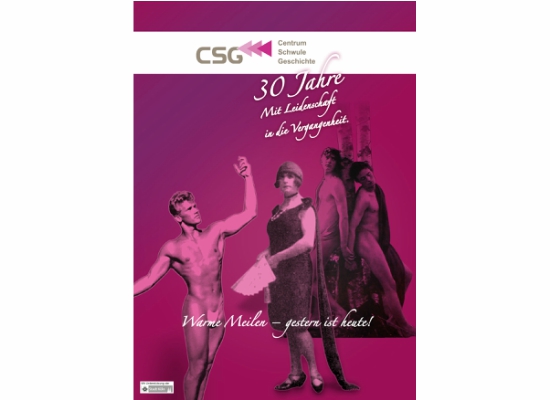 Warme Meilen is a guided tours have been organized by the Centrum Schwule Geschichte for 15 years. Informative and entertaining tours through Cologne’s gay culture and with our experienced city guides. You will learn more about the special and very different, gay sides of the city of Cologne.

We unearthed even more stories for the new city tour. What was the Bermuda Triangle like 25 years ago? Who remembers the “Pimpernel”? On the memorial column behind Maria in the Capitol we remember the gay life 30 years ago and the turning point that AIDS marked. This is history that hurts, just like that of the gay and lesbian Nazi victims, to which the memorial on the banks of the Rhine commemorates.

Even as a citizen of Cologne you will discover a lot of new, amusing and unknown things with us.

Your benefit with the QueerCityPass Cologne: receive a €2 discount on the Warme Meilen tour